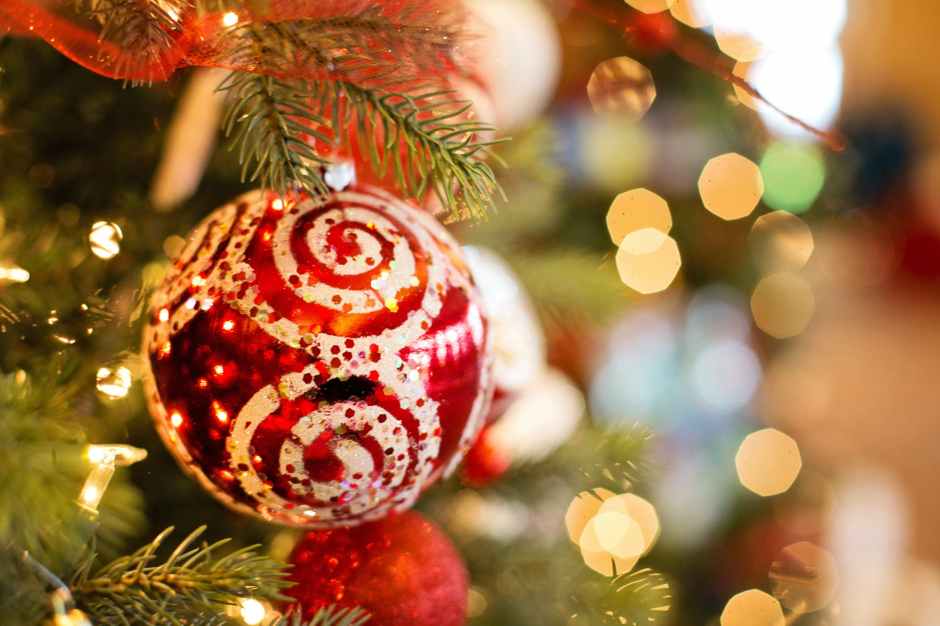 This December was probably the hardest year for me to get into the spirit of Christmas. For some reason, it seemed more stressful than most. I don’t know why that is. I love Christmas and the spirit around it. It is not about receiving gifts or even the giving of gifts. It is about watching the faces of loved ones when they open their gifts. It’s about experiencing their excitement and potentially making their wishes come true! I try to choose the perfect gift for each recipient. I think about their personalities, their interests and hobbies, and something they would love but would not spend the money on for themselves. I like to be unique but I also like it to represent our relationship. This year, I was at a complete blank. Enough talk about the gifts. It was the second week of December before we ever ventured out to get a tree. Let’s talk about the tree…

THE TREE. For me, the Christmas season only begins once we have a tree. Every year, I set the goal to find the biggest, fattest, most luscious tree on the lot. Every year, we go right after Thanksgiving. I try to choose a day that is cold but not too cold, a little wet but not pouring, and festive. We always go to the same place…every year! It’s a tradition. Tree picking day, is a festivity for me. I bake cookies with the boys, serve hot chocolate or eggnog with a little rum, and play Christmas music as we decorate the tree. At least, that’s how I remember when the boys were younger. Now, they are grown men and haven’t been home for those events in a few years.

Unfortunately, because I was having a hard time getting into the spirit of the season, I waited…and waited…and waited. Maybe it was hard because of how special they used to be and now I just don’t have that. I tried to share it with my nieces and a few of my friends children but I don’t think they were really into the idea of decorating a tree or maybe it was me that just wasn’t into it! The day came when we just had to get one no matter what. Both they boys were home, we had my husband’s cousin join us and even my son’s friend. The day was set to be perfect; except it was a little warm. We made our way to the tree farm. When we arrived the lot was almost bare. The trees were short and scrawny. I was extremely disappointed but I’m sure my husband was extremely happy.

You see, we joke every year about how I have no perception of size and matter. Usually, the tree does not fit in the house and Wes has to spend at least an hour cutting it down enough to get through the door and then more time trimming it so it will fit in the designated corner. TREEZILLA is what my sons call my trees. So not to have a Treezilla this year was kind of disheartening. The last one was thrown in the back yard and took years to deteriorate. I think I ended up throwing it in a fire pit.

After we got the tree, I had to decide what I was going to serve for dinner on Christmas Eve. I always do dinner Christmas Eve so that we can enjoy Christmas Day without too much hassle. Christmas Day is about enjoying each others company and leftovers from the night before. So what was I going to serve? Every year in October, my husband starts with the suggestion of serving a goose! This year he even had the boys chime in and then friend after friend would agree. No! NO! and NOO! At one point, he wanted to get two ducks and a goose so he could set them on the table and say DUCK, DUCK, GOOSE! So let’s talk about the dinner…

THE DINNER. I did surprise my husband with serving a goose. Not the ducks, just goose and ham. Of course, he was at the store when I picked it out. Darn the luck when I got to the register and realized it was going to cost me $70. It was too late to change my mind. He was with me. I just couldn’t endure seeing the disappointment on his face. So the night before Christmas Eve, I started preps. I knew the goose and ham were going to take a lot of attention so I prepared the green bean casserole and cheesy potatoes. I started the mashed potatoes too! Yep, those poor mashed potatoes~they didn’t have a chance from the start.

Originally, I was going to have Karen make them. I had already put her on cookie duty because I suck at baking. (Yes, we talked about baking cookies early while decorating the tree…those were store bought. I just put them in the oven with hopes of not burning them.) I told her I would go ahead and prepare them (mashed potatoes, that is, not cookies) so all I had to do was throw them in the oven just before the goose and ham were done. Well, apparently, I had too many irons in the fire because my mashed potatoes turned into paste. PASTE! I threw away 10 pounds of PASTE! It was late at night. I was frustrated and tired. But I had to go to the store for another 10 pounds of potatoes. I really wanted to scream! Why was it so important to do them the night before? They don’t take much time to make. I could have and should have waited. Before heading out, I was talking with Karen on the phone and told her my dilemma…so she offered to make them for me-even though she doesn’t like to cook. She likes to bake. I was so thankful at that very moment! I had dogs under my feet every where I turned, my feet hurt from standing all day, and I felt alone in this endeavor. Asking for help was out of the question. It’s always a disaster when I allow anyone in my kitchen to help. Christmas Day, when everyone gathered, I realized that I forgot to make the dinner rolls, I didn’t make the homemade cranberry sauce, and my sister-in-law brought green bean casserole instead of stuffing. All of my children’s friends were cancelling at the last minute. I had all this food! Food for about 30 people. It seemed to be a disaster. So I put on my happy face so we could enjoyed dinner. The goose, however, tasted like beef. I really wasn’t that bad. My brother-in-law just arrived home from Japan the day before, my sons were home, my sister-in-law and nieces were there. My friend, Karen and her boys came over! It could not have been any merrier for me. It was truly about spending time with family and friends.

NEW TRADITION. This year, I decided to start a new tradition. We would incorporate games right after dinner. Instead of sitting around a tv and watching movies or staring endlessly at each other, we would play games in which there would be prizes. The first game was a wrapped gift. I bought two gifts and included gift cards in them. I wrapped them and wrapped them. Apparently not good enough because neither one made it around the table a full turn. So the objective was for the person holding the gift to put on a Santa hat and oven mitts and try to unwrap the gift before the person next to them could roll doubles with two dice. Once doubles were rolled the gift and dice moved to the next person to repeat the process. Then we played Bingo. Once someone called “bingo” they could still continue to play but were not eligible for a prize. Each player received a gift for winning. This year was a gift card to a Taco Bell or Starbucks and small Visa card. Each gift was round $30 each. There was just enough gifts for each person to receive one. I believe everyone enjoyed the inauguration of the new tradition. Now, I have to decide what gifts will be for next year. Suggestions, please!

THE SPIRIT OF THE SEASON. Once, I reset my mind and took all the pressure off myself to make everything perfect, everything was just that…PERFECT! I was able to witness the smile and glistening of my husband’s eyes when he realized a TV was being delivered for his game room. It was the only gift I could come up with that he would never expect. I watched the excitement of my nieces as they opened their gifts, especially since they thought I was going to make them wait until Christmas Day! Both my sister-in-laws seemed to love their gifts as well. My brother-in-laws were equally pleased. But it’s not about the gifts that made it so special. I enjoyed time spent with family and friends. I am fortunate to have loved ones around that wants to join us in celebrating such a wonderful time of year. To me, there is nothing more special that sharing moments with family and friends!

I hope you had yourself a Merry Christmas and Happy New Year!