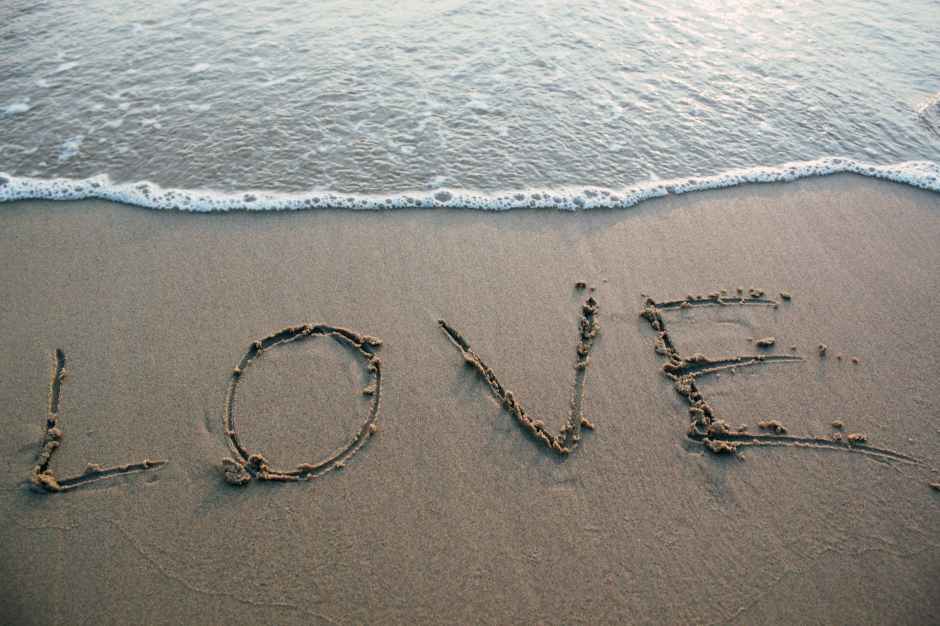 November has always been a special month for me. Maybe because the weather is starting to get crispy as we settle into the holiday season. Maybe it’s the anticipation of Thanksgiving. It could be that it is a time of celebration and reflection.

My mother married my step-dad on November 1. Their marriage lasted for 30 years before he passed away. This unity was an example of supreme perseverance, extreme sacrifice, and in-depth love. As a young teenager, I watched their love grow and blossom in ways I would never understand. I witnessed their success and their failures. I admit, there were times, I did not understand why my mother would stay with such a strong-armed individual. Don’t get me wrong! I loved my step-dad and will forever miss him but he wasn’t always kind. Then again, none of us are. He was human and had his faults like all we do. He was harshly judged for his personality but it was just that personality that helped me grow into the strong, independent woman I am today. It was their love for each other that inspired me. I watched my mother stand by the love of her life when most women would have bailed. I watched her endure moments of his discontentment and the anger he held within. Sometimes, his battles with regret where stronger than his love for those around him. No, he never physically harmed my mother. There were other moments, the ones I like to remember the most, where his eyes sparkled when he looked at her. Those days, you could see and feel the love he had for her. He enjoyed picking on her; especially when she wasn’t in the mood. He would try to make her laugh when so was down on her luck. Their marriage showed me that no bond between two people is ever perfect. It’s hard work and comes with much sacrifice. Their loved showed me that you can never give up on one another just because times are tough. That is what I choose to remember!

Love can sneak up on you when you are not looking for it. It grasps a hold of your heart like a vice grip holding two pieces of metal together. The grip is sometimes impossible to loosen. God has a way of putting two people together that is unique and often not understood. He puts two people together that are so opposite from one another that the world deems them not fit for each other. God has his purpose! Or so it seemed 25 years ago when he united my husband and I in marriage. That is when the insanity truly began…

It all began in January or February 1993; my memory escapes me on dates. I’ve never really been good with them. Anyways, we first met at a bar on base in Roosevelt Roads, Puerto Rico. It was my first night at this bar. I was the tag-along with roommates that frequently visited this bar. I had not been stationed on the island long. In fact, I reported to the island on Christmas Day, 1992. I had not made any true friends up to this point. I was a rather shy individual. I kept to myself mostly. I was just trying to find my way in an unfamiliar world. In fact, my roommates didn’t even like me when I was first assigned to the room. One hated me for reasons I will never know. She would threaten to beat me up, talked bad about me at her command, and was a truly nasty person. It was very adult-like of her; more bully-like! And to think, I thought I had graduated high school! Looking back, it could have been her hormones from her pregnancy. Maybe it was jealousy. But I was nobody to be jealous of so that was never a consideration. Maybe she was just discontent with her own life and needed to take it out on someone she deemed of a lesser being to her. Who knows?! I was just glad when she left the island. It took her to leave before my second roommate would acknowledge me or have anything to do with me.

Ironically, we became really good friends. She was highly energetic, loved to laugh, and just wanted to have fun.  She invited me to the “Crossroads” which was the base country bar. I walk in with a few other friends and followed them to this round table. At the table sat a few guys. My southern nature took me around to each individual, introduced myself, and gave them each a hug. That’s what we do in the south…at least when I was growing up there. A hug was the same as a hand shake and meant just as much as your word. Without it you didn’t have much. Besides, the only thing we could afford was a hug; wasn’t much left for anything more than that.

To be completely honest, I don’t remember much more from this night. I wasn’t drunk or anything; just never had a very good memory. What I do remember is this gentleman giving me a ride back to the barracks along with another guy. I was really impressed with the him. I got in his car and it was in immaculate condition. It wasn’t just his car; it was everything about him. I can’t pinpoint just one thing. There was a depth to him that peaked my curiosity. I wanted to know more about him. To make this story short, we started dating shortly after that…to make it even shorter…

We dated, I broke up with him on his brother’s birthday, and a few weeks later I asked him to start dating again. There is no real romantic story there. Unless you consider the fact he threw me one hell of a birthday party even though we weren’t dating.

I knew it was a mistake the moments the words left my mouth, only I couldn’t retract them. Have you ever felt the power of God’s voice before? Let me tell you, it will be with you for the rest of your life. I can still vividly hear his words when I reflect back on that moment. Why did I break up with him? Glad you asked. I was young, naive, never dated or had a boyfriend. I had no clue what I was doing. I didn’t know what it meant to be in a relationship. I was sheltered in my youth and I wanted to experience everything life had to offer. I didn’t feel I could do that while in a relationship; whatever a relationship was.

Next, we started dating again. He informs me he had never “re”dated a girl that had broken up with him. Well, neither had I. A boy, that is. That was easy since I never dated or even had a boyfriend. But for him, I guess there is a first time for everything. I enjoyed hanging out with him. I experienced a lot “first” with him. It was a great time! He was so handsome and generous and smart and considerate. He made my heart flutter.

One day we were talking and I don’t remember how the conversation came up. I started telling him about a telephone call I had received from a guy on the other island. So the story goes…

I was sitting watch for a weapons command. My job was to make radio calls to a small island off our coast to ensure everything was secured. This would go on about every hour throughout the night. It was a really boring job. It was one of many boring nights I would sit on watches. The next day, once I had turned over the watch to my relief, I was told I had a telephone call. I answered with curiosity since no one really knew me or knew how to get a hold of me. I couldn’t imagine who it would be. The manly voice on the phone informs me “you have a sexy voice!”. All I could muster to say was “Thank you!” before I hung up the phone. I am smiling and blushing as red as strawberry glistening in the fields on a hot summer day. I didn’t know what to say. I had never had anyone to compliment me like that; certainly not a stranger. As I am telling Wes this story, before I could even get it completely out of my mouth, he said “No way! That was me!”

I guess you could say, I got the man of my dreams because I thought about that manly voice for some time after that call. I had wondered who he was, what he was doing, what he looked like. I conjured up my own fairy tale about this voice but I kept it all to myself.

Shortly after, I discovered I was pregnant. That was the scariest moment in my life. I had no idea what I was going to do. I was just learning how to manipulate life on my own; now I had a child to worry about. I was barely making $500 a paycheck. I didn’t know how I was going to support a child on my own. I wasn’t going to let that stop me though. I informed Wes of the pregnancy, half expecting him to bolt out the door as fast as he could. To my surprise, he asked me to marry him. I could not say “yes”! The last thing I want was for him to marry me because he felt obligated. I wanted a man that would marry because he loved me not because he felt he had to. Deep inside, I really wanted to say yes. I just couldn’t. Some time had passed and he asked me again. And I said “no” again. I just wasn’t convinced that it was me he wanted. There were much prettier, smarter, and wiser gals he could be with. I didn’t want to tie him down. Besides, was he asking because it was me wanted? Or was it the child growing inside me that we have yet to meet? I had discussed my situation with a supervisor. From the beginning he kept telling me that I needed “to marry that man”! But what did he know, really?! To my surprise, Wes asked me to marry him for a third time. I said “YES”! I figured if he asked this time there probably wouldn’t be another. If he asked THREE times then he must really want to be with me! I really wanted to marry him, and did from the beginning! I couldn’t say no and risk losing him forever.

For the past 25 years, we have lived a life of insanity. We had two handsome young sons. We were both military; waiving at stop signs as we passed each other going to and from work. Giving quick hugs as one returns from a deployment and the other leaving for one. Managing a “bachelor” life because we were stationed in different states ~ trying to keep it all together and make it work. It was hard but there was no way I was going to let him slip through my fingers a second time. We were meant to be together. He is the love of my life. The one I look forward to seeing at the end of the day. The one I want to talk to about my day. I want to listen to his military stories, talk about his day, share his dreams. He captivates me, intrigues me, motivates me. He is my everything! I pray that God gives us another 25 years together because he is my rock!

One thought on “November – An Unromantic Love Affair”