January came and went. I completed my Life List item and was on my way to deciding what to do for February…or so I thought. As it turns out, the rules were changed on me. I was discussing the activities with Karen and my husband, Wes, both of which are sticklers for details. They informed me that my January challenge was invalid. Apparently, I cannot choose an activity that I have completed in the past. Therefore, since I have donated to and have completed the American Diabetes Association Tour de Cure event in the past, albeit not a hundred miles, I cannot count that for January’s Challenge. I think that should have been established in the beginning. What do you think? I’m right, aren’t I? Anyways, I decided that I am not going to let that set me back.

Instead, I am going to write about the experiences of the ones I have done (at least what I can remember of them) and actually complete the ones I haven’t.

I actually have a few things to present for February. Since these are continuous challenges, I have provided a snap shot of what is to come…

The first one, well it’s kind of obvious and probably really should have been completed in January. But remember, I am extremely computer illiterate and I just wasn’t sure how to go about it. It is the challenge of Starting a Blog and Keeping It Going for at Least a Year (#37). As you can probably tell by now…I am not a writer. I am not even good at reading or speaking for that matter. In fact, I hate it. Writing, that is! I was never good at writing diaries either; coupled with the fact I have never had any privacy in my life. Who wants to put their feelings out there for the world to discover, to create another path in which people judge you (without really seeing who you truly are). Yet, here I am. Trying desperately to achieve what I have never been able to accomplish. Each time I have tried, my words get tangled, my mind frazzled, and the things I want to say don’t sound like they do in my head. How many of you out there have had this very same problem? I risk myself becoming the butt of everyone’s jokes each time I speak. It happens, I know. I have heard the comments, witnessed the reactions, and felt the stares. It’s the price to pay when you are so different from everyone around you. As for the blog, we will just have to see how successful it becomes…or not! 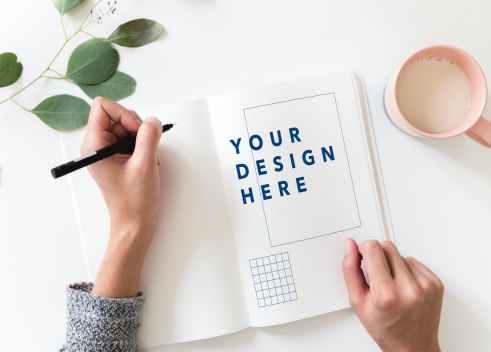 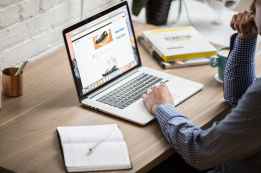 The next item…Master My Physical Fitness Level (#214), actually goes along with a few fitness challenges this month. I must ask, does anyone really ever master their physical fitness level or meet their goal weight? Is it truly possible? For me, each time I think I have made it there, the level would change and a new goal was set making it seem as if I was never going to get to that “Master” level. That goes right along with Reaching My Goal Weight (#10)! At least this is the way it felt when I finally made my goal weight at 125 at the wise old age of 22. Then I maxed out at 114 when I was desperately trying for 110, which I never accomplished! I can only assume that if I had reached that goal, I would tried yet again to reach a smaller weight goal. Anyways, my weight has always been a constant roller coast. It has always been something I was teased about…”the fat chick”. Unfortunately, since being diagnosed with Hypothyroidism, it has been a steady incline. I have set a new goal weight to accomplish by May 2018. Let the games begin!

Part of “mastering” my fitness level is training for the American Diabetes Association Tour de Cure event. To truly challenge myself, I elected to  participate in the 100 mile ride. Crazy, yes! But this is a challenge after all! This weekend, I did just that. I went on a training ride with Team Portsmouth. An awesome group, I might add. This ride allowed me to complete the Bicycle Across a Bridge (#251) challenge. Not just once but FOUR times in one day. It stressed my physical fitness ability along with my mental state! As we were passing over the first bridge, I wanted to look over the side to see what was out there. I just couldn’t. I had to concentrate on staying on the bike and pushing up the hill, reaching the top at barely 5 miles per hour according to my Garmin 910XT watch. I later found out that my watch was not calibrated correctly. Bridges two and three were no different. I was so excited to make it up bridge three, I yelled with a sigh of relief. The last bridge took every once of energy I could muster. I felt like Thomas the Train trucking up the hill. Instead of telling myself “I think I can”, it was “I know I can, I know I can!” Over and over, as the Caboose kept motivating and guiding me along.

I think I personally coined the name “TURTLE” for myself this weekend. I was the lag of the team. There were times I truly wanted to cry, not from pain, but embarrassment of not being able to keep up. The faster my legs pedaled the slower it seemed I was going. I would pedal and pedal and pedal. It seemed as if I was going no where fast! After all, my trusty ol’ Garmin told me I has biking 176 rpm at some points in the ride. Remember the part that it’s not calibrated properly?! On our return trip, I was thinking…”I don’t live very far from here. I could just pedal home.” As it turned out, the Head of the Train and the Caboose would not allow me to quit. (I was somewhere in the middle of the train trying to keep up! Because let’s face it, I’m no Thomas!) They kept telling me I could do it, it was only a few more miles. It was then I realized, I was matched with the perfect team…”leave no rider behind”! Then my pride, determination, and competitive nature took over. I realized there was no way, I could quit! I would have to face my husband and admit to him I had a weakness! I could NOT allow that to happen ~ admitting I was too weak to finish! NEVER! I have always felt a competitive spirit against my husband.

In fact, that’s the main reason I ran a marathon (#20) and then another and then an Ultra Marathon. If he could do it, so could I! (Although, he has only done one.)  To me, part of being a Special Warfare wife meant being strong and fighting through the challenge. I was raised to never let your teammates down! I would never allow my children to quit or even think about quitting something they started. Even now that they are in their 20’s, how could I face them to tell them I quit something, I gave up and it was only a training ride?! 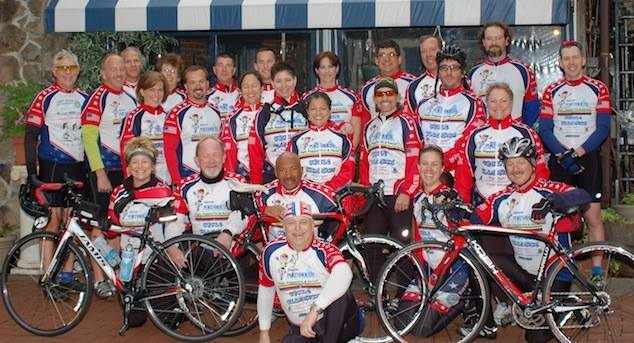 As if I did not challenge myself enough with the 100 mile bike ride, I felt I would go the extra mile and challenge myself to a Triathlon (#235). I have always wanted to complete a triathlon. At least, ever since my husband completed one when we were stationed in Puerto Rico. He made it seem so effortless. I have watched him swim in the pool many times during the 24 years we have been together. I watch him with such amazement and such awe at the way he moves through the water. He seems at peace and comfortable; like he belongs there. This year, I decided I would try it. Only I had to get over my fear of drowning. I decided, I was not going to be able to unless I just jumped in with both feet! I admit, he has tried to teach me many times over the years. I think he eventually gave up on my inabilities to follow through and understand his teachings. But I talked him into giving me another chance. He really is a great instructor. I enjoy these moments with him…I just get frustrated at myself because I understand what he is saying, I just can’t seem to perform the technique right. Maybe it is because I almost drowned as a child. The fear of putting my head under water and breathing is very overtaking at times. I did discover that you can cough under water. The weirdest thing to experience. I kept telling myself that I could do it. I could make it to the other end, performing as he stated. I just needed to breathe out in the water, slow my pace, and get comfortable. Well, that did not happen this go around. He even stated that swimming may not be my “for-tay”. Whatever that means! I am still going to try because I AM going to compete in this triathlon. In fact, I have signed up for swim lessons at the YMCA!

I have joined Team Portsmouth in the Tour de Cure fundraiser for diabetes awareness. This event will be held on April 28, 2018. I have elected the 100 mile ride. My goal is to raise $2500 of the $35,000 team goal. That is just $25 per mile! Please consider supporting me in this event. Select the PayPal Button below. Include your name and/or the name of someone you would like to dedicate your donation to. You will be sent an email with the deposit information so you can see your dedication.